Origin of our tramp settlements dating back to early 1990. Then we built a cabin in the woods under a small rock, near Prague. Initially, the cabin small, single deck, checked our base of three people - Unkas, Lava a Pictus. In the summer of that year, joined us Karlik, Jarda and Koza. In winter, the cabin door came a figure Medeláka. With the increasing number of friends, new demands for space and comfort and we cultivate the cabin together. Under our hands cabin flourished in width and in height. Within two years the cabin gigantic small huts. After some time, given the proximity of Prague, became known of the existence of the cabin, which began to attract uninvited guests. Instead we were forced to leave. This sad chapter ended the hunting association, which gave work to demolish the cabin, take away material and obliterate all traces of the settlement.

We have started looking for a better place for our village, away from Prague. It was found in woods above the ruins of Zlenice, near the river Sázava. Even here, in the dense forest, we found a number of fallen trees suitable for building the cabin. In the spring of 1993, we began with its construction and two months later the work was completed. A few months later came back to us hunters and the cabin on fire.

Since then we've never had a settlement not build anywhere.

As further background we chose the loft next to the forest roads in the woods near a hill called the Domasin Kalamajka. It was very roomy, it sleep in it without any problems twenty people. But he had a slight disadvantage - the floor was of small stems, so they woke up one morning and was wearing a printed decal floor. But it was dry. We were making trips to the neighborhood. But nothing lasts forever. In the spring of 1996, the forest owner decided not to mow your foundation, it was dismantled and removed. Again we were without a roof over our heads, so we looked on.

Near the railway station Kácov Vranice we found a small screw. He was deeply imbedded in the ground and reached the ground about three feet and a half. Inside was a large bunk bed and slept there are ten people. The screw was built in a deep valley right next to a brook beneath a rock. In a nearby hut was a small stream. The forest was rich in timber and growing lots of mushrooms in it. In 1997 he dismantled bum unknown, began to build again, but unfortunately it did not complete. After some time the last remnants of the cabin completely evaporated. Today, the site only a small camp and the cabin is not a monument.

We go wherever we can, where it is permitted, or where it is tolerated. We sleep under the stars, sometimes find a small rock overhang, which will provide us a place to dry overnight. Over time, join us Grepa, Vorisek and Karolina. Tramping in the Czech Republic is largely tolerated by the authorities, free camping in the countryside is somewhere sometimes punished, but most are local people to tramping helpful.

Czech beauty of landscapes is unmistakable. The deep forests of Brdy hills, the silence of sandstone rocks near the castle Kokorin, amazing views from hilltops, the loneliness of the border mountains, all with us during our travels. We considered a vagabond, tramping roots date back to the years of the twenties of the last century and tramping is almost a national tradition. The older generation pass on their experience and expertise to those younger, so it looks like the tramp in our country long do not die.

And we hope also for some time to go to sleep to nature! 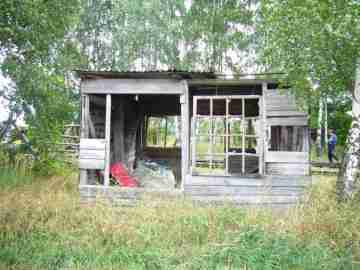